Chlorine Dioxide uses a very unique kill mechanism. Nearly all disinfectants destroy bugs by corroding their cell walls. Chlorine dioxide is neither ionic nor carries a hydration sphere, and diffuses as a gas into an intact cell, disrupting cell content. DNA is very sensitive to any radical reaction, which is exactly what chlorine dioxide does once it is in the cell wall. This mechanism is unique in the world of disinfectants, and it is because of this mechanism chlorine dioxide does not care whether it is a superbug or not – it simply kills it, despite antibiotic resistance that particular bug may have. That’s the beauty of the chlorine dioxide molecule, no resistance now, or in the future. Chlorine dioxide will at some point start to be seen as a solution for some of the antibiotic resistant organisms we are running into for the same reasons. 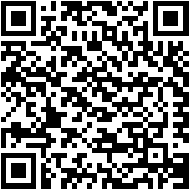