What is CLO2 Jelly?

It is a gel form of chlorine dioxide gas release material. Put the powder into specified quantity water in the container, stir it fully, and several minutes later, a jelly-like is formed to release chlorine dioxide gas to the environment. CLO2 Jelly can be used as an air purifier, a deodorizer for odor and biological control in confined space.It eliminates odors, inhibits growth of mold and mildew, and kills odor-causing bacteria and fungi where moisture is present, such as cars, freezesr, washing rooms, offices, libraries and possible sites.

General Use of CLO2 Jelly :

Step 2: Put the powder into water and stir it fully for 15 seconds. 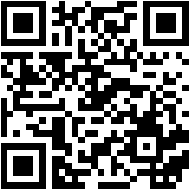